Roger's Motors is family owned and operated. The owner and father Refaat Toma graduated as an aeronautical and mechanical engineer from Chelsea college in London, England. He is licensed to repair cars, trucks, commercial vehicles, and yes, even air planes in Canada, Ontario.He always loved working as a licensed mechanic and found himself constantly surrounded with cars or anything that had a motor. Given his passion in the automobile industry, he then went on to open Rogers Motors Ontario Inc in the fall of 2004.It started off as a one man operation with him renting a small office in Markham Ontario selling cars to his friends and family. He did not do any advertising and relied strictly on referrals to grow his business. And given his experience as a licensed mechanic and focus on customer service, he was able to grow his business.In 2007, his 3 children-Roger, Ray, and Mathew-encouraged him to rent out a larger office that would be able to hold a few vehicles. Given the support he had from his family, he took a leap of faith and rented a bigger place which was able to hold up to 15 cars, and relocated his office to Oakville, Ontario. At this point his son Ray was working with him full time while also completing his final year of Software Engineering at McMaster university.Mr. Toma always valued education and insisted that all his children graduate in their own degrees prior to joining the family business.

While Refaat was kept busy buying cars and dealing with the administrative work, Ray would take care of everything from sales and financing to licensing and cleaning the vehicles.Within a short period of time they had out grown their 15 car lot and needed a bigger place. A property became available down the street at 1035 Speers road in Oakville Ontario which was capable of holding up to 150 cars. And given that they only had about 15 cars with the option of growing to 20 cars, the property seemed a little much. However, with the support of his children and wife, a week later they found themselves driving 15 cars down the street to their new car lot.

Today, they are located at 1035 Speers road in Oakville Ontario and are Oakville's largest used car dealership with over 70 used cars. His children are all working with him and are all graduated from their own university degrees. They have a full time service and detailing department which they make available to their customers at exceptional service and prices.And most importantly they have you, their loyal customers and friends.With their continued focus on customer service and constant improvements in their business, Rogers Motors makes buying a car simple and enjoyable, with the peace of mind that your family's automotive needs are in great hands.

Their current project is to grow their service department in order to serve you even better. They have recently added a complete Tire Servicing facility and Rust Proofing service. 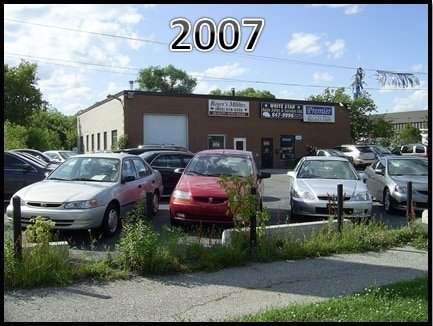 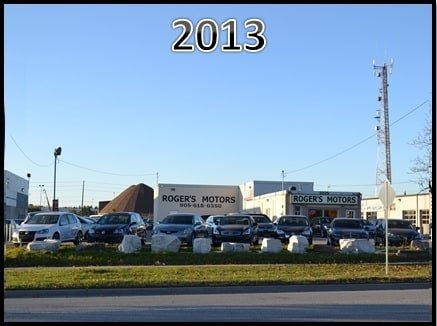